Opinion: Bank Charges Are Unfair, Uncompetitive and sap the economy

The below is an opinion piece I put together for TheJournal.ie this week. I hope you find it relevant:

I WAS DISAPPOINTED, but not surprised, this week to discover that AIB were quietly, in the midst of a banking scandal elsewhere, sneaking out new higher charges for their current account holders. It will now cost 35 cents for the privilege of using an ATM or 20 cents to buy something on your Visa Debit card. On top of this, they will also charge a minimum of €4.50 per quarter. There is no question that this adds up, and becomes a great burden on those least able to afford it.

For the last few months, I have been meeting people and highlighting what I see as the gross inequalities in these charges. I have held the belief for a while that, while these charges go without public and political criticism, they will rise quickly and with little competition, particularly between the two bigger state-owned banks. In the last few weeks, my suspicions have been confirmed as both banks snuck out rises not long after their introduction.

Few people know that, at the start of this month, Bank of Ireland also announced an increase in their charges, with a combination of a minimum quarterly charge of €5, as well as a charge of €0.28 per transaction. When it comes to banking in Ireland, it seems it’s a race to the bottom for reputation, and a race to the top for cost.

The goal for the future, as envisaged by many banks over the last decade was a relatively cashless society where transactions would take place mostly via electronic payments. We see other countries rushing to this, yet now it seems AIB and Bank of Ireland want us to rush the other way.

Here’s the thing: AIB and Bank of Ireland are now throwing us backwards, by disincentivising card transactions, incentivising the use of cash again, creating mental barriers which will make people think before they spend on even small items, therefore reducing demand and consumption and, ultimately, by creating an inequality and punishing those who are least able to afford it.

Most people choose to use their debit card to pay for all everyday purchases, often in a bid to avoid carrying around large amounts of cash. But the Bank is penalising its customers for this approach with these excessive charges.

Worse still, these charges can only be seen as regressive, as they mean that those who can only afford to withdraw a small amount of money at a time are being penalised in a disproportionate way, as they are being charged the same fee regardless of the amount. I notice that Bank of Ireland fees are waived for those who have more than €3,000 in their account at a given time, which again raises the questions of fairness and equity.

I’m a realist and I understand that banking has a cost. However, I also know that the State has a majority stake in both of these banks and, as such, should be asserting that if our banks are to return to profitability, it should be done in a way which is fair to the majority of their customers and also working to ensure there are few barriers to spending.

Let’s be clear: these charges have a disproportionate impact on customers who live in the modern, cashless society and, in particular, younger people who on average use cards more. Take, for instance, Joe Bloggs. On the way to work, he buys a coffee. On his break, he buys a sandwich. Let’s say he buys both of these using his Visa Debit card. Did you know merchant banks charge the merchant (in this case, the shop) a fee for using this card which is up to 4,000 per cent (yes, that’s four thousand percent) higher than it was with a Laser card? So the merchant banks, AIB among them, make more money there in the first place than they did before.

But getting back to Joe Bloggs, over the course of a full calendar year, his fees will add up to €164.00 with AIB, and €224.60 with Bank of Ireland. Joe hasn’t even had the nerve to try and use an ATM yet or pay a bill, but when he does, he’ll be adding further charges on. Does this strike you as a “fair cost” for banking? Needless to say, it rockets us to the top of the charts in the EU for banking costs. That says it all. The banks are right: current account banking has a cost. However, the cost is way out of line with the price, no matter what spin they try and put out.

That’s why I believe that we should have a statutory framework in place which ensures that citizens can bank and hold a current account and use it as they wish without the fear that they will be charged anything above €100 per annum. I think that’s still high, but it ensures that we will avoid the kind of problems that I have outlined above where somebody who is using their card relatively modestly is incurring charges which could be ultimately very high relative to the amount that they spend and indeed the amount that they have. I believe it also has the secondary benefit of eliminating any barrier to spending as people don’t second guess making purchases by trying to avoid charges.

Banks and banking have, needless to say, incurred a negative reputation in Ireland in the last few years. You would think this would make them ever more conscious of taking fairness into account when they weigh up introducing charges. However, it seems that this is not the case, so perhaps it falls on us to remind them that while they have a right to make a profit, they also have a responsibility to shareholders – in this case, the taxpayer. Balancing this right with this responsibility is crucial.

The yarn from AIB is that this will cost their average customer “only 75 cents extra per month”. Therefore, if the average is so small and their goal is merely to create a charge which is relative to the cost of current account banking, why not have a maximum limit? Or at the very least why isn’t it charged based on the amount spent rather than per transaction? The greatest cost of an ATM is the human factor: the refilling of it, so therefore those who take more out should, presumably, pay more.

However, this will of course stop gross profiteering from the banks on those who can least afford to (i) keep more than €2,500 in their account from month to month and (ii) can’t afford to take out their wages in large withdrawal chunks, thereby minimising the card transaction charge.

At a time when we are trying to boost consumer confidence and incentivise people to spend more, it is incredible that Bank of Ireland and AIB would put down such barriers to spending. This charging structure is bad for consumers, bad for retail and bad for the economy.

I cannot understand how Bank of Ireland and AIB can justify charging their customers 28 and 35 cents respectively per ATM withdrawal, with Bank of Ireland also charging 28 cents per use of your card. If you consider that most of us use our debit cards at least once or twice a day, this charge can very quickly – as above – add up to a couple of hundred euro a year. This is on top of the money both banks make from charging interest on credit cards, loans and overdraft facilities.

I would urge the banks to review their approach and to consider a fairer way of making money. Their current model is optimal for neither their customers, nor their shareholders, nor the economy at large.

Noel Rock is a former US Senate and European Parliament employee. He is currently a Fine Gael Local Representative in Glasnevin and Drumcondra. 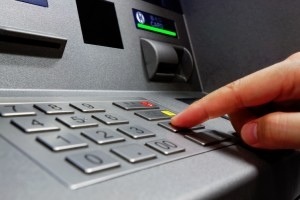 « JobsPlus: getting people back to work Garda recruitment to begin, reinforcing the Dublin ranks »